For over 60 years, smoke tests have been used to locate issues with building plumbing and sewers. Smoke testing is performed by forcing artificial smoke through the pipes to detect cracks, leaks, or other issues. This method of testing can find the source of the issue much quicker saving time and money.

Find the Source of Odor

The best time to find a plumbing issue is before it becomes a major issue. A plumbing smoke test can reveal cracked pipes, leaks, poor connections, improper venting, and other issues. Again finding them in minutes thus saving time and money.

Smoke tests can also be used on new plumbing. This test will ensure that all of the connections are properly sealed and the system is properly vented. Doing this test will prevent future issues.

We find plumbing smoke tests invaluable in the detection of plumbing issues. The faster we can find the source of the problem; the faster it can be fixed. This testing saves time which will minimize damage caused and save you money. Wyman Plumbing performs smoke testing in Bradenton, Anna Maria, Holmes Beach, Bradenton Beach, Palmetto, Ellenton, Parrish, Sarasota, Lakewood Ranch and other communities throughout Manatee & North Sarasota Counties. 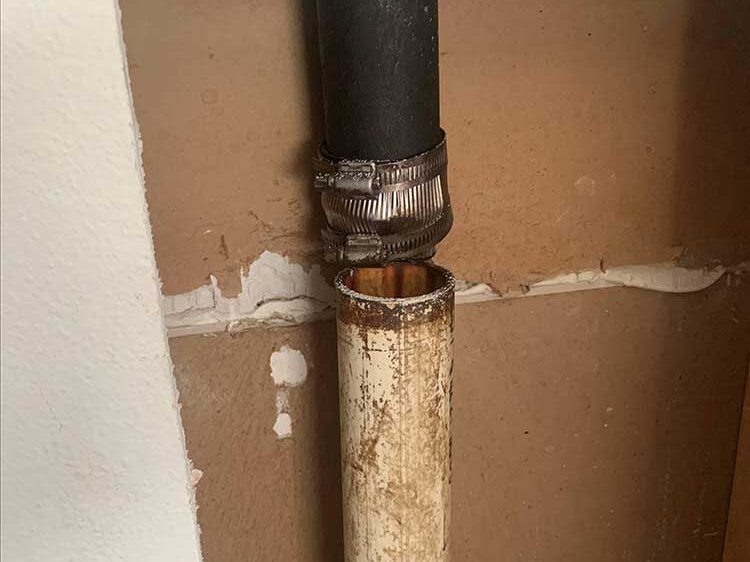 What we found behind the wall
using smoke testing